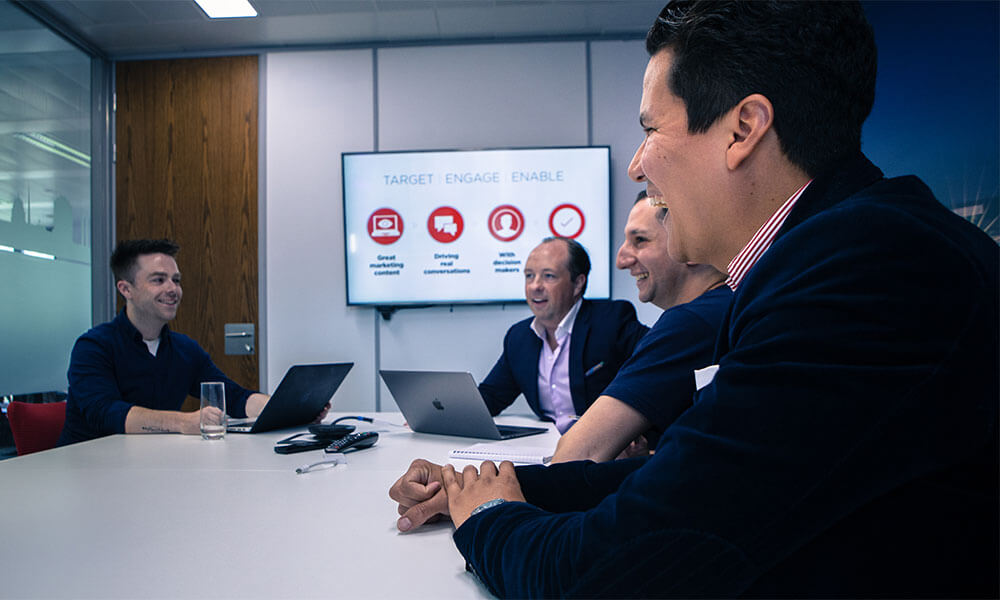 This article appeared on Entrepenure.com on January 2019 – visit here

There is nothing like the close-knit, family-like culture of a small startup. You’re going to work every day in a place where everyone knows everyone well. Ideas are flowing freely without obstruction. And everyone is on the same page.

But what happens when a company moves out of that startup phase and grows to a size where things start to spread out and the magic begins to fade?

That’s the situation we found ourselves in over the last year at my sales organisation, Product2Market. We’re a startup at heart, but over the course of 2018, we grew rapidly, eventually hiring our hundredth employee. As we (somewhat begrudgingly) embraced our new size as well as the changes to our roles that came with it, we recognised that our culture was starting to shift, and for the worse.

The key problem was communication. When you’re small, communication is easy. Most of the time, it’s as simple as raising your head up from your computer screen and starting a conversation. But the bigger you get, the more impractical that becomes. Sprawl occurs, new offices pop up and constant in-person communication becomes impossible.

It became obvious that the spirit, culture and free-flowing communication that had been so successful for us at P2M’s earlier stage was fading and that that communication was in dire need of revival. So, we went looking for a solution in one of the places we turn to most often …technology.

Out with the old — showing email the door

The bigger we grew, the more heavily we started to rely on email for … well, everything. But email is cold and boring, and using it as a primary communication tool felt antiquated. As a forward-thinking and tech-savvy company, we may as well have wired up fax machines at every desk. People were not happy.

The solution to our problems was enterprise collaboration software. These applications, like Workplace by Facebook,Microsoft Teams and Slack,are all about giving mobile and spread-out teams an easy way to collaborate, communicate and consolidate work online. They’re almost like work-based social media for in-house teams, and they’re exceptionally full-featured. Some even make use of augmented and virtual reality!

Needless to say, these tools resonated much better with a generation of employees that had grown up with social media as a huge part of their lives.

The new technology also has a huge impact on productivity. Leading global management consultants McKinsey & Company found that by employing enterprise collaboration tools, it could boost one global software client’s productivity from 20 to 30 percent. With results like that, it’s no surprise that so many companies both inside and outside the tech sphere are moving away from email and calendar-based systems, and toward these new, highly immersive tools.

The right choice for our company

Once we’d decided to employ an enterprise collaboration tool, we next needed to choose the one that would work best for us. We evaluated a number of different options, including those three main players in the space mentioned above.

Slack is the app that essentially started it all, and the company enjoys an enormous userbase as a result. Workplace by Facebook and Microsoft Teams are newer entrants, having started in 2016 and 2017 respectively. Both are growing rapidly, and all three platforms have a lot to offer. Microsoft Teams’ Office integration was a tempting feature, but at the end of the day, we decided that Workplace by Facebook was the best fit for P2M.

What mattered to us most was enthusiastic adoption. I firmly believe that the most common reason tools fail is that users simply fail to embrace them. After all, what good is a tool if people don’t want to use it? In its 2017 report on the state of the industry, Smartsheet — another major enterprise collaboration company – found that one-third of respondents said their biggest complaint about enterprise collaboration tools was that not everyone in the organization was using them.

With that in mind, we wanted to make sure that whatever tool we chose, our entire staff would be on board. All three of the big players we looked at were incredibly full-featured, but we predicted that Workplace by Facebook was the one that our team would have the most enthusiastic response to.

There were a couple of reasons behind that thinking — all of which turned out to be accurate. First, Workplace looks and feels just like Facebook. That’s important for a couple of reasons. First and foremost, new users are almost immediately comfortable with it, and little-to-no training is required to get people up to speed and using it to its fullest. Second, it’s fun to use! It can’t be overstated how important that was to the speed with which our team took to it.

The second major reason we were sure Workplace by Facebook was the right choice was that it has an exceptional live broadcast feature. We have a lot of all-hands meetings at P2M, and corralling everyone into one room is difficult, to say the least. With a second office on the horizon, it’s only going to become harder.

With Workplace deployed, however, we could hold those meetings using live video, and our employees were thrilled with the idea of being able to just launch a video feed rather than having to interrupt their work to file into an overcrowded meeting room.

Positive results and a return to a culture of collaboration

In the end, we made the right choice. Our employees love Workplace by Facebook, and I no longer feel that the collaborative culture we worked so hard to instill is in any danger. The tool has done exactly what we needed it to, and its adoption — one of our primary concerns — has been essentially universal. I’m confident that as we continue our rapid expansion, this software will ease the growing pains that we otherwise would have suffered through.

Today, it’s easy to see why so many companies around the world are embracing enterprise collaboration tools, and it’s no surprise that the market is forecast to grow to almost $60 billion by 2023. We live in a world where a high level of connectedness is expected; so companies that empower their employees by giving them the tools to work and communicate in a way that feels natural to them won’t be disappointed by the productivity boost that results.

As was the case at our company, the positive impact that results from maintaining your collaborative culture is a benefit that can’t be overvalued.

Being a parent and being a CEO can require very similar skill sets, as both…

There is no good time to start a business, you just have to go for it